It all started when I needed a new frying pan, again. When just one year passed I was yet again looking to replace my non-stick frying pan because well the food was sticking. I was getting really tired of this so I started my research for a great non-stick pan that will last more then a year. I quickly realized that these non-stick pans can be very expensive and really don’t last that long. What do I do now? Answer. Explore new options. With in a short time I found cast-iron. Yes I know this is not new but it was new to me. So I ordered a Lodge 10 1/4″ cast iron skillet. I immediately fell in love with cast iron! 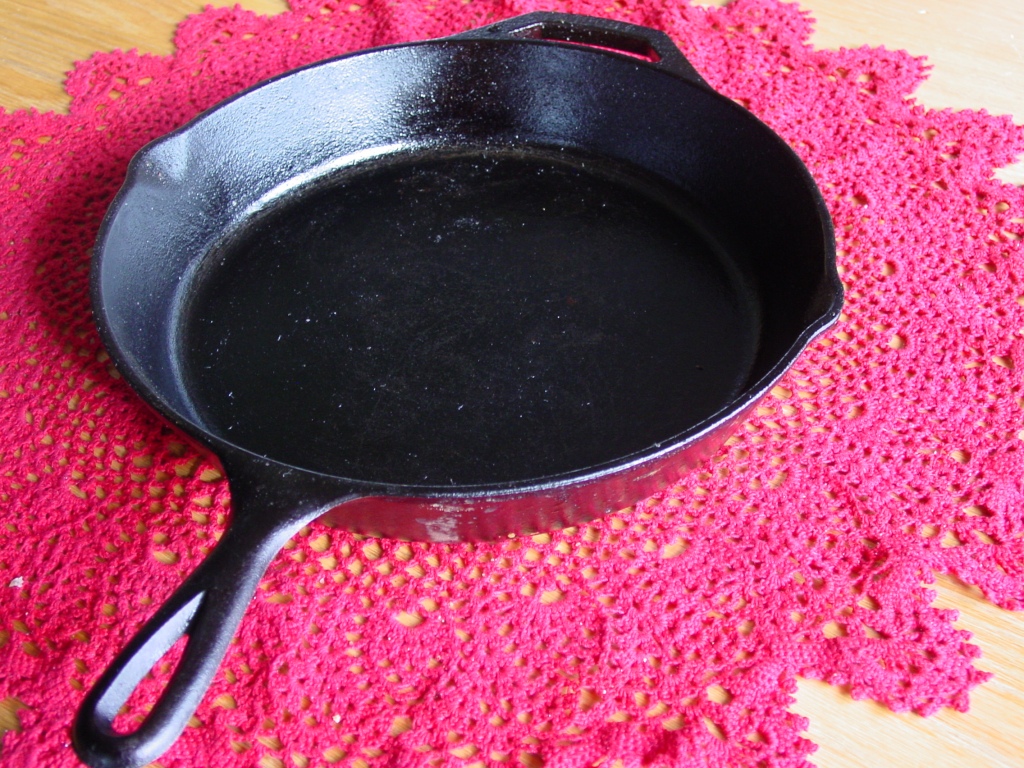 I cooked also sorts of food on this skillet cooking hamburgers, steaks, ground meat, chicken, grilled sandwiches, potatoes, etc. The next thing I cooked was going to be the big test, Eggs! If eggs don’t stick then I will be really impressed. I did a little research before attempting. Not much found as they just should not stick if the pan is season correctly. Seasoning is easy just put a little coating of oil on the pan when it’s warm.

So back to the egg experiment. I also read put a dash of kosher salt on the pan before you add the egg. I liked that idea so I went with it. Dash of salt then my first single egg in a cast iron skillet. I watched it cook and the egg started to turn white just as it would in a non-stick. So far so good. Then the edges of the egg started turn a crispy brown. Perfect! Now it was time to flip the egg and for the next real big test. Will it stick? Nope! I used a metal spatula for this as I knew it would work better to get under the egg. The egg did not stick at all, I was very impressed. After a few minutes of cooking yolk side down for an over easy egg I used the spatula again to remove the egg from the pan. Drum roll please. Did it stick? No and not even a bit. Inspecting the egg on the plate I was very impressed yet again as the egg looked perfect. Next up taste it!

Test taste result: This is the best fried egg I have ever tasted! It’s hard to describe why it’s better the closest thing is it has a roasted like flavor. You have to try it for yourself! 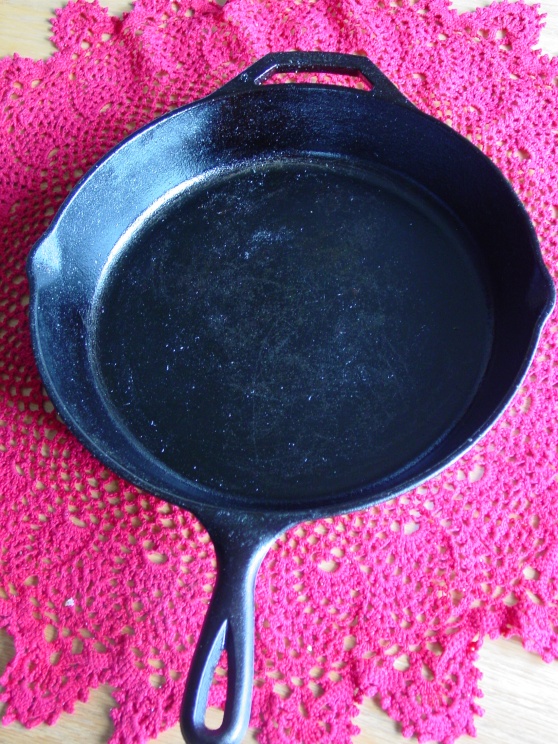 With the 12″ cast iron skillet I kept expanding my cooking and even added pancakes. Everything was working so well!

Looking for more iron I could use I found this Round Griddle that’s not so deep. This comes in handy when cooking eggs or sandwiches as you can get the spatula in the pan nice and easy without the sides of the pan getting in the way. 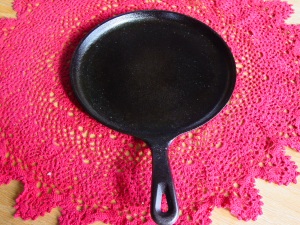 Round Griddle showing that it’s well round. 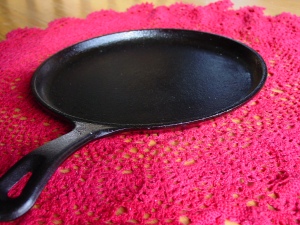 Round Griddle showing that it’s not so deep.

I enjoy deep frying food (yes I know it’s not the best for you) and my electric frying was failing so I knew there had to be something in the cast iron family for this. Of course there was and it’s the 5 quart 10″ Double Dutch oven. The double part is the lid can also be used to cook something as it’s a 10″ skillet. The only additional tool I needed was a candy thermometer to monitor the oil temperature. So far I have only cooked potatoes but want to expand in to breads, roasts and anything else I can think of. 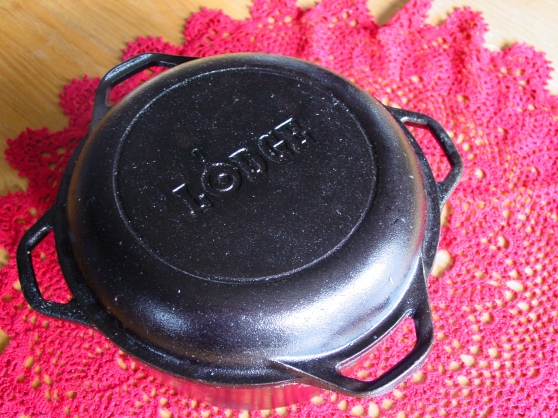 Another favorite is this 14″ Baking pan. This thing is huge and is great for baking a thin crust pizza but you do have to use a higher temp and cook it just a few minutes longer. You can also roast veggies on this and really anything else you put in the oven that requires a big flat surface. Hmm I wounder if bacon would work on this? 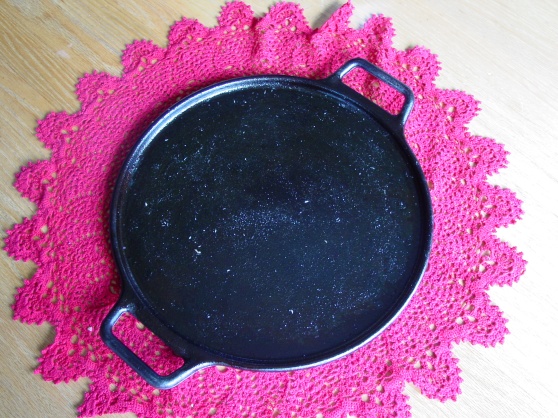 Here is the entire family! 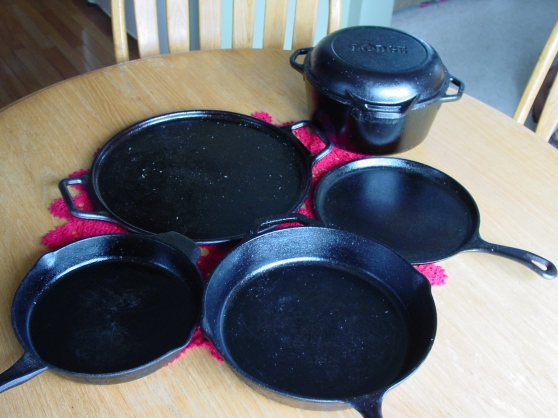 If you have not figured it out by now I really enjoy using my cast iron. This cookware is inexpensive, lasts forever if you take care of it and food tastes so much better when cooked on it.

I highly recommend cast iron to everybody!